It's been a couple of months since other events have pushed Brexit from the immediate consciousness of most, but I came across this (along with a few other articles from the past couple of days) that are starting to comment on the intersection of Brexit and Covid-19.

On March 23, in an abrupt about-face, Prime Minister Boris Johnson announced that he would be tightening social distancing measures across the UK. In a move characteristic of the British exceptionalism that has pervaded Brexit, the newly elected Tory government had clung to the notion of "herd immunity" for weeks, believing the British population could build up a collective resistance to the novel coronavirus that causes Covid-19. Britain's schools, restaurants, pubs, and most workplaces had remained open, with Johnson telling the nation that "many more families are going to lose loved ones before their time." Even as outbreaks in Spain and Italy began to take horrific shape, Johnson stuck to his proverbial guns, only deciding to reverse course after Imperial College estimated that his chosen strategy could lead to a quarter of a million deaths.

Taken in total, the British government's measures have fallen somewhere between the strict lockdowns imposed by France and Spain and the business-as-usual stance adopted by the Netherlands and Sweden. While much of the continent asked their citizens to stay home, the two Northern European countries trusted their citizens to take appropriate distancing measures, largely allowing social and economic activities to continue unabated. Unlike Johnson, however, Dutch Prime Minister Mark Rutte moved quickly to put in place guidelines and reassure citizens that the government would support them as the nation "buil[t] up population immunity in a controlled manner". Meanwhile, in the UK, according to University of Amsterdam professor Claes de Vreese, British officials "left people dangling and feeling like they were part of a bizarre social experiment."

Unlike Britain, which spends less on health care than the average country in the EU, the Netherlands and Sweden likely decided that they could afford to put their robust health systems to the test. But as their infection rates have climbed, both nations' governments have come under steep criticism, particularly that of Sweden, where the Covid-19 death toll is now greater than that of all other Nordic nations combined.

Britain's coronavirus response, unlike its European neighbors', is also playing out before the backdrop of another influential factor: Brexit. The United Kingdom's acrimonious divorce from the European Union has already plagued Britain for nearly half a decade, coloring all issues foreign and domestic. During December's snap election, Johnson repackaged the rhetoric on the superiority of British life he'd leveraged during the Leave campaign and promised to "Get Brexit Done", ultimately stocking his cabinet with hard-line Brexiteers

Yet, as several other nations tackle the pandemic in more effective ways, British exceptionalism has collided with reality. It was the government's decision to listen to a small handful of British scientists, after all, that may have prevented the UK from ramping up its testing at a critical juncture in the pandemic. Fewer than half a million people here have been tested to date, and roughly a tenth of Britain's National Health Service workers have had to self-isolate - many without being able to confirm that they have Covid-19. Germany, by contrast, has tested nearly 2 million residents, a factor that, in tandem with an early lockdown, has been credited with helping keep its death toll dramatically below that of neighboring nations, including the UK. Other countries such as South Korea, China, Taiwan, and even the United States have also outperformed the UK on this front.

Perhaps the clearest evidence that Brexit has warped Johnson's coronavirus response has been a scandal dubbed "Brexit over breathing." In late March, news emerged that the UK had opted out of various EU schemes that would have allowed it to purchase ventilators and personal protective equipment in bulk - efforts that it was still allowed to participate in during the Brexit transition period. Downing Street officials declared that they were not participating because the UK was "no longer a member" of the EU and that they would "make their own efforts." While they later attempted to backtrack by citing "missed emails," the Tory government reportedly participated in multiple discussions regarding joint EU procurement and continually failed to correct course.

The UK has indeed made its "own efforts" to source 30,000 ventilators, but the fine print that comes with these devices is illuminating in light of Brexit. For starters, one of the main beneficiaries of the UK"s internal push is Leave champion James Dyson, whose company has received a plum contract for 10,000 new "CoVent" ventilators. Additionally, US President Donald Trump claimed that Johnson called him requesting thousands of the devices - a plea firmly in line with the Tory promise that a close relationship with the United States would offset some of the worst economic consequences of leaving the EU. Unfortunately for the British prime minister, this alleged request only gave Trump an opportunity to distract from his own disastrous pandemic response as he publicly ridiculed Johnson after rejecting his appeal.

Ultimately, however, the implications of these incidents pale in comparison to how the pandemic might impact EU trade negotiations, which were already on an impossibly tight schedule. During what was meant to be a critical negotiation period, both the EU and the UK chief Brexit negotiators had to self-isolate, while the British prime minister himself was hospitalized for a week, spending three days in intensive care. Technology has also decidedly not been on anyone's side, with talks reportedly breaking down because of several botched video conferences. Johnson has insisted he'll still get Brexit done by December, and yet that's becoming increasingly unlikely, especially since the EU itself is dealing with fissures that the pandemic has exposed.

It should be noted that the NHS, despite being largely underfunded since Margaret Thatcher's reign, has responded valiantly to the public health crisis; the lightning-fast construction of the NHS Nightingale, with its capacity for 5,000 hospital beds, has been one of the state's true bright spots. But as fatality rates began to double every two to three days, Britons started to question their government's coronavirus competence. A recent poll shows more than half the British public believes the delay in imposing a lockdown was a mistake, and Britain's leading scientific advisers are now warning that the United Kingdom will likely be the hardest-hit nation in Europe. Meanwhile, Johnson's own brush with Covid-19 seems to have driven home the true threat the pernicious virus poses to the entire country.

It is possible that just as Brexit has contaminated the UK's handling of the pandemic, so too will the coronavirus affect Brexit in unexpected ways. On Easter Sunday, as Johnson emerged from several days in intensive care, the prime minister thanked the medical professionals who treated him, naming two nurses from New Zealand and Portugal whom he credits with helping him turn a deadly corner. The statement, coming from a man who rose to power in part by fueling xenophobia, marked a surprising shift in rhetoric. It also served to highlight that more than a tenth of NHS staff are not British - 5.5 percent are in fact EU nationals. Even as the prime minister was hospitalized, a New York Times report on how all the UK doctors who had died of the coronavirus were immigrants noted that Brexit's anti-immigrant rhetoric had targeted the very people currently on the pandemic's front lines.

Brexit negotiations resumed this Monday, as the UK continued to climb toward the predicted peak of its coronavirus curve. With immigration once more front-and-center in deliberations, will Johnson remember who saved his life - at substantial risk to their own? Will Britons, who have begun to heal the considerable fractures inflicted by Brexit by relying on neighbors of all nationalities, see the value of pan-European cooperation? As with everything the coronavirus touches, only time will tell.
Click to expand...

As Britain Brexits, Boris' dad is applying for French citizenship. 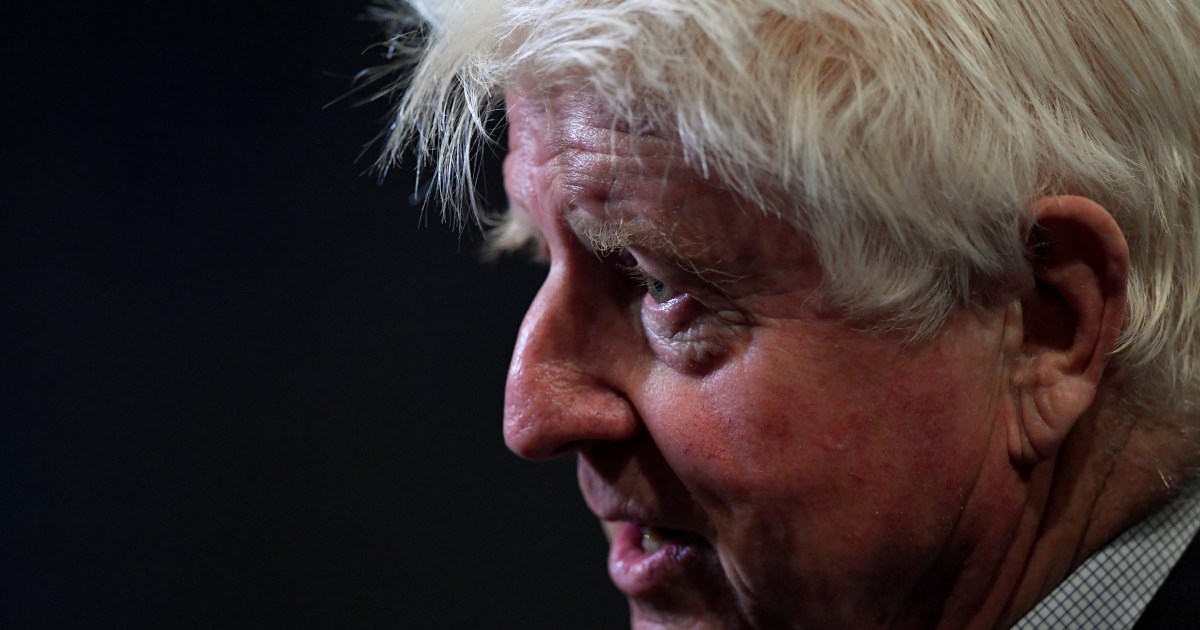 Stanley Johnson confirms plan to seek French citizenship as the free movement of Britons in the EU comes to an end.

www.aljazeera.com
You must log in or register to reply here.